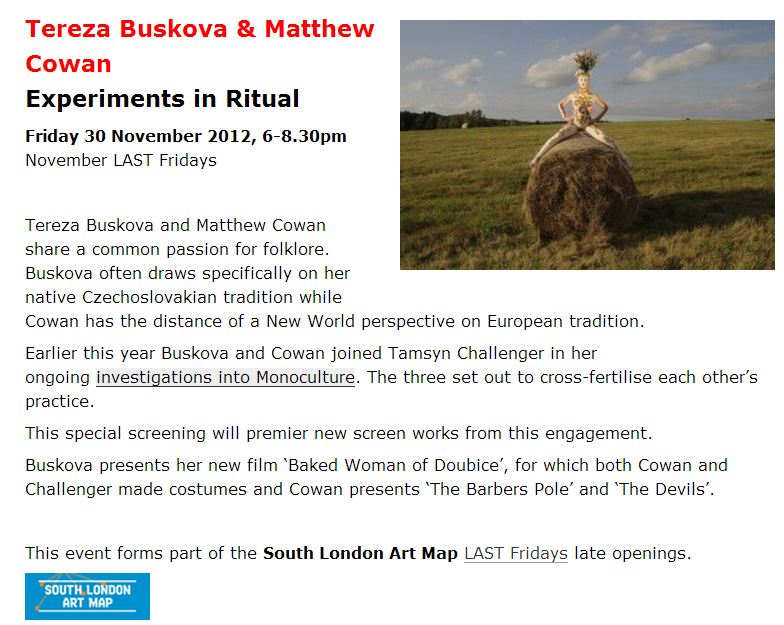 Tereza Buskova and Matthew Cowan share a common passion for folklore. Buskova often draws specifically on her native Czechoslovakian tradition while Cowan has the distance of a New World perspective on European tradition.

Earlier this year Buskova and Cowan joined Tamsyn Challenger in her ongoing investigations into Monoculture. The three set out to cross-fertilise each other’s practice.

This special screening will premier new screen works from this engagement.

Buskova presents her new film ‘Baked Woman of Doubice’, for which both Cowan and Challenger made costumes and Cowan presents ‘The Barbers Pole’ and ‘The Devils’.