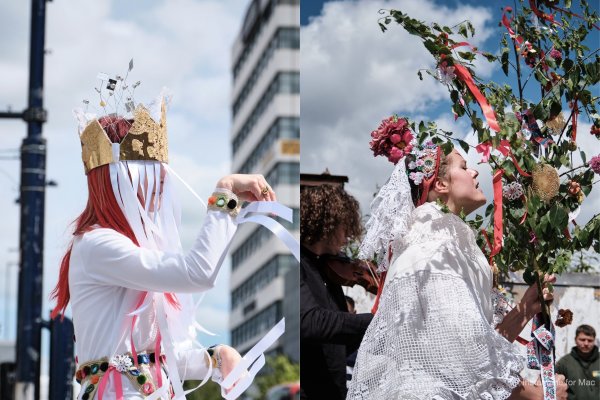 Part of Visit Sandwell’s Shine A Light programme of cultural events happened ahead of the Commonwealth Games, Little Queens (or Královnicky, as the festival is known in the Czech Republic) is the creative re-imagining of ancient folklore tradition, which celebrates nature and the role of women within their communities.

Artist Tereza Bušková, in collaboration with local and international artists and musicians, has re-imagined this traditional festival which is usually celebrated in the regions of Moravia in the Czech Republic. Women who are newly arrived to the Black Country as well as those from local communities have been invited to take part in a range of craft-based workshops which have concluded in a live performance between the Queens Square and Kings Squares on West Bromwich High Street.