Tereza collaborated together with British textile artist Tina Francis on series of embroidery workshops, which were prominently open to women from organisations such as Brushstrokes & MotherShip Projects as well as women and children from across the Black Country to take part in series of embroidery workshops to create a collective artwork and baked goods, inspired by storytelling, craft and symbolism.

A vintage cloth embroidered by an unknown woman has been passed through so many hands in order to create a decorative canopy, which was attached to wooden poles - hand decorated with Black Country symbols and produced by Studio Polpo. The canopy was unveiled at a ceremonial performance Little Queens on West Bromwich High Street, 12 June 2022.

Prior to the performance, the general public were invited to make prints together with Studio Polpo as well as making wreaths, using flowers and twigs from willow trees, together with Czech costume designer & maker - Mariana Novotna. 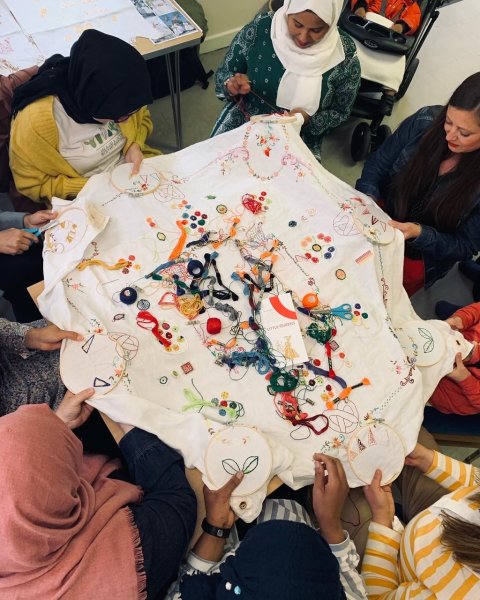 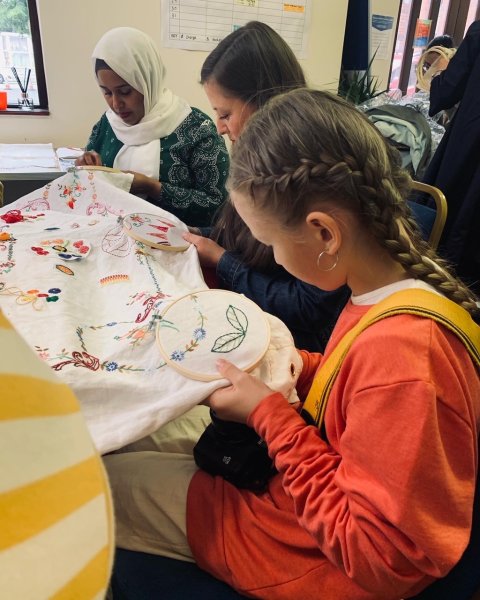 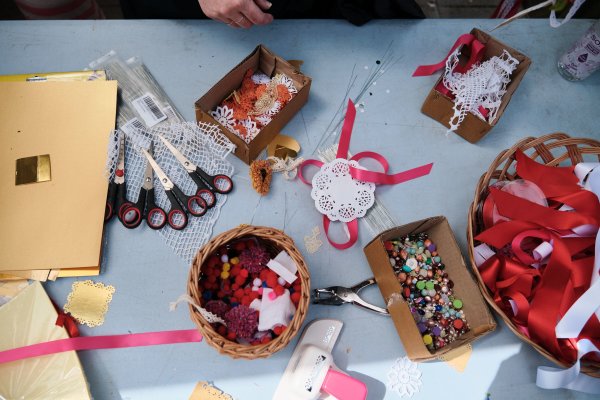 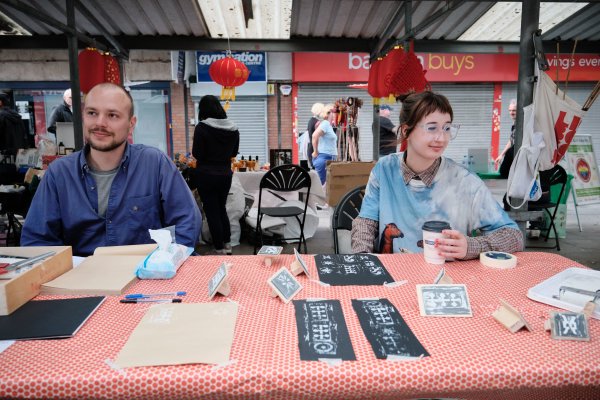 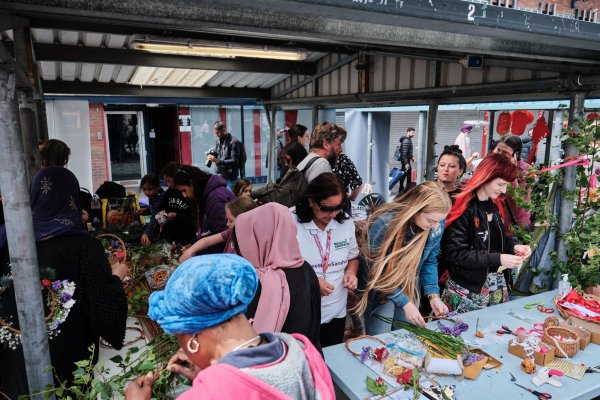 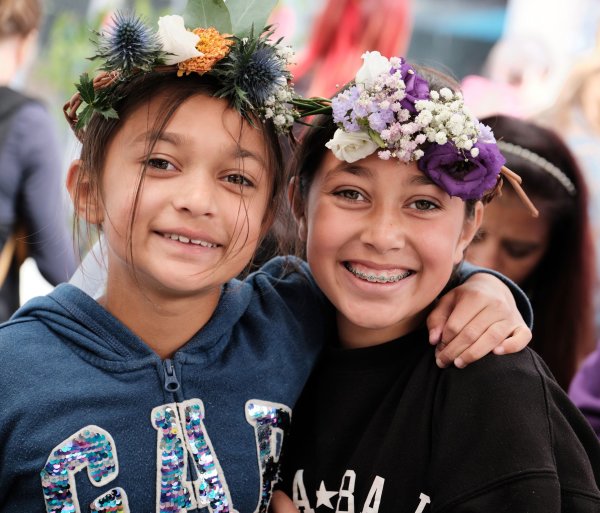 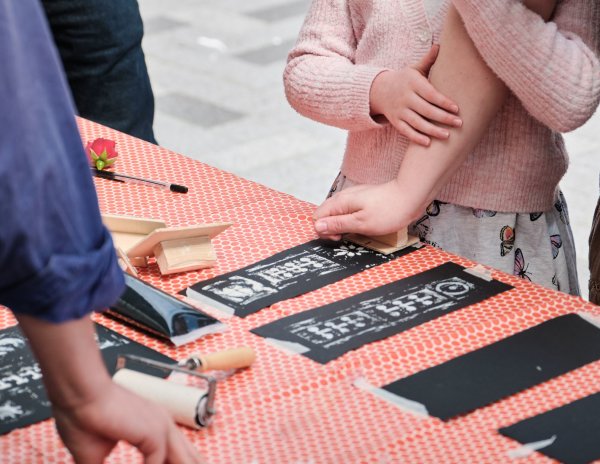 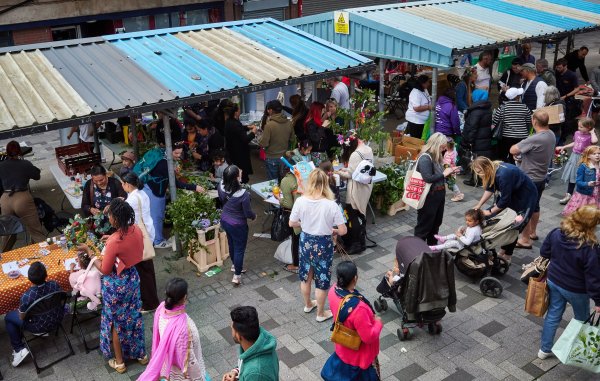 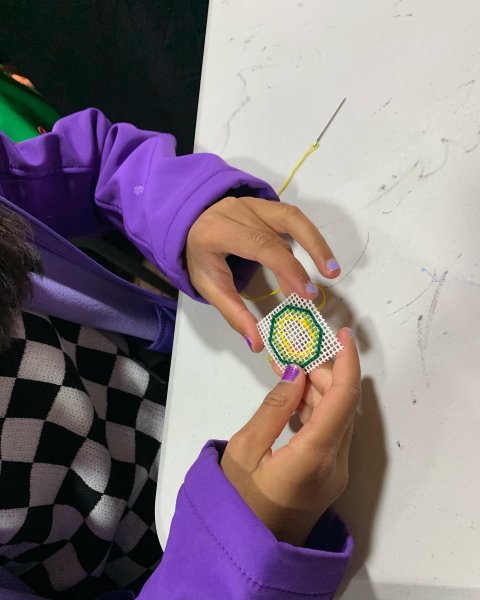 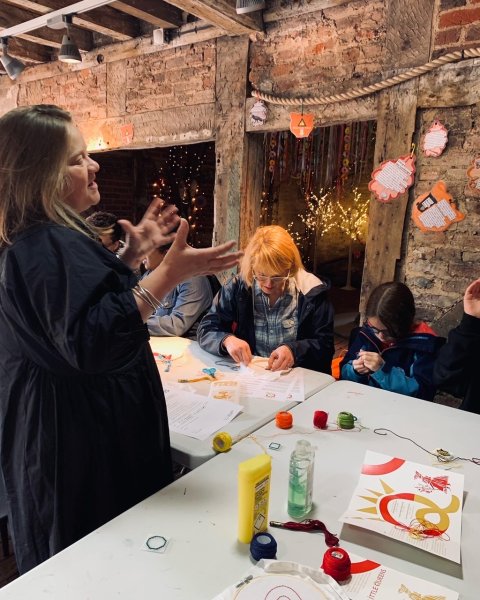 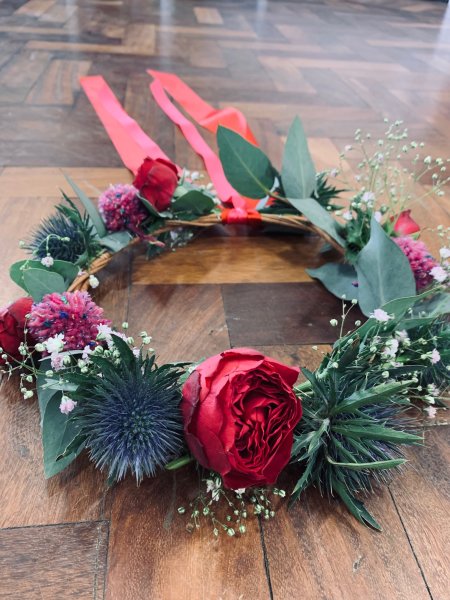